ANNOUNCEMENT: Because this post has attracted so much interest, I’m leaving it up again today. If you would also like to contribute a couplet, scroll down to August 21 and post it there. DH

The challenge for quick couplets brought a ton of wonderful responses. Top prize goes to Jane Yolen who has sent out a plea for help with her “textually transmitted” malady. I posted a 12-step program to help her but she doesn’t much think it will work. Not that I want it to anyway. We need her!

Another stalwart contributer to the couplet fun was none other than our U.S. Children’s Poet Laureate, J. Patrick Lewis. To take it a step further, yesterday Pat sent me an idea for the next challenge. It’s a little something he calls FIRST LINES, BOWDLERIZED. Here’s how it works. You begin with a famous line, one that is generally recognizable. For example, “Whose woods these are I think I know,” (Frost); “In Xanadu did Kubla Khan,” (Coleridge); or “The time you won your town the race,” (Housman). 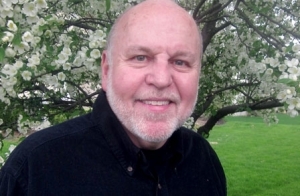 Then, as Pat calls it, “It’s off to the races with nuttiness.” He supplied examples that were published in the journal, LIGHT QUARTERLY, Fall/Winter 2008. All rights belong to Pat so I’m posting these with his permission.

Whose words these are I think I know.
They’re owned by Edgar Allan Poe;
His shadow’s standing in the gloom
To watch his words fill up with woe.
***

Get the idea? Here are two more.

In Xanadu did Kubla Khan
A second-mortgage duplex see
Through some bizarre installment plan
Devised by early sub-prime man,
Unearthed by AIG.
***
The time you won your town the race
We cheered…then slapped you in the face!
Because your speed, as never seen
Before, was methamphetamine.
***

So now you have the latest challenge. Write a FIRST LINES, BOWDLERIZED poem and share it with us. I won’t bother to say you have to do this quickly. I tried one to see how it works and it did take a while. But here it is, a takeoff on a famous poem by Omar Khayyam.

The Pickled Finger wrote; and, having writ,
Realized: Red Wine had dulled its Wit,
Nor new sobriety could change a Line,
Nor all its tears wash out a Word of it.

159 comments on “A new form from J. Patrick Lewis”