REMINDER: Voted yet for January Hall of Fame Poets? You have until Tuesday night at 10:00 CST.

My thanks again to Carole Adler for being such a lovely Featured Guest this past Thursday and Friday. Carole, I appreciate you!

I’m back. Last week ended a marathon. Over an eight day period I wrote nineteen episodes of the planned podcast series, This Week with David Harrison, and on Saturday I was in a studio from 9:00 – 5:00 where we shot them all. The producer now has eight weeks to complete all the post production work so we can be ready to go by spring break. Those of you involved in education can look for marketing efforts to begin then.

Now I can get back on task, beginning with the process of catching up. Tomorrow I’ll post my lead off response to a new topic on WRITERS AT WORK. I hope you’ll join us for that. And plan to meet my Featured Guest this week when I introduce Ruth Culham on Thursday and present her picture and article on Friday.

Between now and then I’ll be working on something good for Wednesday. For now, here’s a poem I wrote recently after spending quite a while observing a bald eagle on our lake looking like it was Monday for sure.

The bald eagle stands flatfooted on the ice.
In narrow channels around it
a dozen coots bob
like deli luncheon specials.

Lethargically the eagle stares,
turns its head,
bored with the menu.

Time to get going.
Grab a bite first?
Can’t decide,
not really hungry.

BULLETIN: Sorry to be running behind in posting ballot boxes for January’s voting. They will go up tomorrow!

As promised, our Featured Guest today is my friend, Carole (C. S.) Adler. I’m grateful to Carole for taking the time to be my guest and I know you will enjoy what she has to tell us. Here’s Carole. 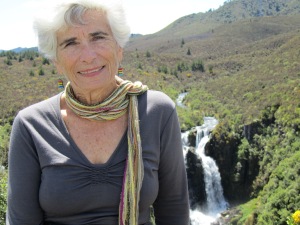 I always dreamed of being a writer – not of being published – that came later, but of writing stories, like the ones I spent my free time reading when I was seven and eight and nine. Spinning words to create people and places and the stuff of life on paper was magical. I filled notebooks in my execrable handwriting of stories that were pale imitations of the ones I read. Writing made me happy Only when I grew into a more sophisticated teen ager did I think of being published. My pleasure came from the act of creation. It still does. When I sit down at my computer every afternoon ready to weave the raw material of character and problem into a novel, hours flow blissfully by me. I guess the process of creating anything, whether art or music or writing makes human beings feel good. Otherwise why would ancient people have spent so many hours carving wood, making jewelry and painting pictures in caves?

At thirteen I got more practical. I broadened my horizons and started shipping my short stories off to magazines, magazines for adults because they were meant to be my audience, never mind that I was still a child. Fifty or so stories and as many rejection slips later, I finished college and graduated into serious writing endeavor, that is I began doing adult novels. A drawer full of rejection slips would have suggested to many intelligent young women that perhaps they would be more successful pursuing a different career. But I was a writer. Even if no one was interested in my work, I had to keep doing it. I had all those stories in my head that needed to be set down on paper, all those feelings and notions about how humans react to what life throws at them.

I got married and worked in advertising after college, had three children and earned my teaching degree, and finally sold a few teen age short stories. That was good, but short stories seemed ephemeral. My adult ambition was to get a book published that would claim space on a library shelf for years. Nearly a decade of teaching middle school taught me that preteens are elbows out, in your face, funny and fascinating. I began putting students I’d known into my novels. The first of these, THE MAGIC OF THE GLITS, impressed an editor at Macmillan enough so that at long last, I got published. Forty-three novels for mostly eight to twelve year olds, with some few for young adults, followed. I won some prizes, was translated into ten foreign languages, and collected delightful fan letters. The best ones were from fans who claimed their lives were just like the ones in my books. That meant my fiction told the truth about how life is. What more could a fiction writer want?

Now writing isn’t just good for pleasure. It also alleviates pain. I think that’s why so many people keep journals and diaries. To write about what moves or hurts you, helps you. Most of me goes into my fiction, but when my son died, I wrote a kind of journal, a biography of his life as I remembered it. Then I wrote GHOST BROTHER, probably my most popular novel. The ghost in the book was my son as he was at fifteen, a charismatic, risk taking, much loved boy. When my husband was dying last spring, I wrote a daily journal describing what was happening to him and also to me.

For me writing is therapy. It helps get the poisons out. It can solve life’s mysteries. It lessens the aches. But most of all writing makes me happy.

Today I’m delighted to tell you about tomorrow’s Featured Guest, Carole Adler, or C. S. Adler to her young fans everywhere. I always look forward to seeing Carole and visiting when we congregate among friends at the Children’s Literature Festival in Warrensburg, Missouri. I lose track of time but we’ve been going there for many years and half the fun is in getting together with old friends and making new ones. Many of the gifted authors, poets, and playwrights who appear on my blog are good pals from such festivals. As always, I ask a Featured Guest to provide a bio that I can post the day before his or her appearance. Here’s what Carole sent for you to review before you meet her tomorrow.

Born in New York City at the end of the great depression, I graduated from Hunter High School and College, got married, worked in advertising, had three sons, and spent thirty some years in upstate New York where I was an English teacher at Niskayuna Middle School for nearly a decade. My husband and I retired to Tucson, Arizona where I fell in love with the desert. I am a passionate tennis player, grandmother and nature lover, and have been a full time writer since the publication of my first children’s book, THE MAGIC OF THE GLITS.

That book won both the William Allen White Award and the Golden Kite Award. My novel, THE SHELL LADY’S DAUGHTER, was chosen by the A.L.A. as a best young adult book of 1983. WITH WESTIE AND THE TIN MAN won the Children’s Book Award of the Child Study Committee in 1986 and that committee commended many of my novels. SPLIT SISTERS IN 1987 and GHOST BROTHER in 1991 were I.R.A. Children’s Choices selections. ONE SISTER TOO MANY was on the 1991 Young Adults’ Choices list. ALWAYS AND FOREVER FRIENDS and EDDIE’S BLUE WINGED DRAGON were on a 1991 I.R.A. 99 Favorite Paperbacks list.
ONE UNHAPPY HORSE won the ASPCA Henry Berg Award in 2002.

Many of my books have been on state lists and have also been translated and published in Japan, Germany, England, Denmark, Austria, Sweden, Norway, Finland, France, and currently Turkey.

Thank you, Carole. See you tomorrow!Davidn