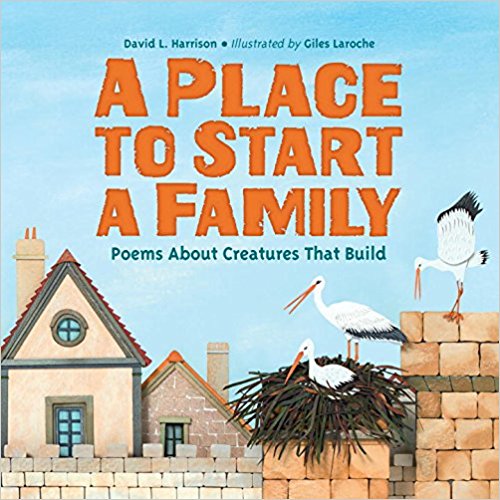 The annual ILA Teachers’ Choices Reading List is out for 2019 and I’m happy to say that A PLACE TO START A FAMILY is one of ten titles in the K-2 category chosen by teachers nationwide. 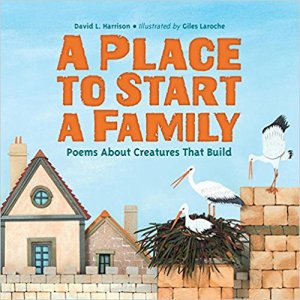 Today Kirkus publishes its review of my new poetry collection, A PLACE TO START A FAMILY.

Twelve poems present a variety of animal homes and mate-attracting constructions. Arachnids (trapdoor spider, garden spider), birds (red ovenbird, white stork), fish (stickleback, pufferfish), insects (termite, paper wasp), mammals (star-nosed mole, beaver, prairie dog), and a reptile (the king cobra) are each introduced by way of a double-page spread and a simple two-to-eight stanza poem. In four sections—building underground, on land, in the water, and in the air—animals are shown building webs, nests, food traps, and tunneled homes, along with their mates, eggs, or young. Laroche’s layered, cut-paper illustrations are clear and intriguingly detailed, handsomely supporting the informational content of each poem. Rich colors and varied textures allow this 3-D original artwork to work well in two dimensions. Harrison’s poems employ varied voices, rhythms, and formats; all are memorable and easy to understand. Some are humorous: a busy stickleback male appeals to a potential mother of his family: “The best nest / that’s ever been! / Please, / Ms. Stickleback, / swim in.” Backmatter gives each animal an explanatory paragraph and, for several, a suggestion of books for further exploration. The author’s and illustrator’s own sources are not indicated. A bonus poem and terrific illustration on the last page describe “A different kind of builder,” sun coral, which creates coral reefs by congregating together. A fine synthesis of poetry and science. (Informational picture book/poetry. 5-8)

I hope that portends more nice things in the book’s future. We won’t know much more until the title is released on January 16 so we have several more weeks of waiting.

My thanks again to Karen Boss (Charlesbridge) for her great editing and to Giles Laroche for his wonderful art!

Once in a while a note comes in that makes me smile and want to whoop and holler. I never enter my work for awards (lazy? cheap?) so I’m especially grateful to Donna Spurlock and her staff at Charlesbridge for doing if for me. You may have seen the notice put up on Facebook yesterday by Karen Boss, my superlative editor at Charlesbridge. In case you didn’t, here it is. 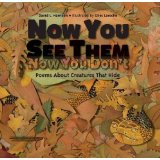 NOW YOU SEE THEM, NOW YOU DON’T is the winner for the Society of Midland Authors Children’s Nonfiction Book award! http://ow.ly/rNFS30aB8a7

According to the press release from SMA, “The Society, founded in 1915 by a group of authors including Hamlin Garland, Harriet Monroe and Vachel Lindsay, has given out annual awards since 1957. The juried competition is open to authors who live in, were born in, or have strong ties to Illinois, Indiana, Iowa, Kansas, Michigan, Minnesota, Missouri, Nebraska, North Dakota, Ohio, South Dakota or Wisconsin.

One reason I’m happy is that it’s a book of science-based poetry that won for nonfiction. It’s more evidence for teachers of how poetry can work in their classrooms and hold it’s own against books of prose. 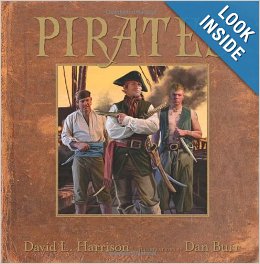 When PIRATES came out in 2008, it also was recognized (by VOYA Press) on its Nonfiction Honor List. Both of these titles were well researched so that they can be used in core subject studies.

I haven’t decided yet about flying to Chicago on May 9 to accept the plaque and check at the Awards Banquet. Years ago I didn’t go to NYC to accept my Christopher Award and on another award occasion I stayed home from Chicago. Sandy is encouraging me to go this time. She’ll even go with me. That certainly makes it more enticing.

Meanwhile, if you hear some guy whistling down the street, this might help you understand. 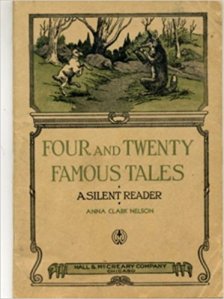 My favorite editor just sent me a book that was published in 1937. It’s called FOUR AND TWENTY FAMOUS TALES, A Silent Reader. It was written by Anna Clark Nelson and published by Hall & McCreary Company in Chicago. Following the introduction and procedure are twenty-four short fables, a spelling list, and a brief test for each tale.

I read every word and marveled at how education has changed over the last eighty years. I’ll quote an example from the procedure. “As a chart to show improvement in comprehension is an incentive to more careful reading, it is suggested that the name of each pupil be written on the blackboard in a column, after which, in vertical spaces, may be recorded the correct number of answers of each pupil each day.”

I recognize some of the tales: “The Boy Who Cried Wolf,” “The Lion and the Mouse,” “The Pied Piper of Hamelin,” etc. Many others were new to me although they followed a traditional formula. I have vowed to keep this book on my desk where I can see it and smile. I’m most grateful. 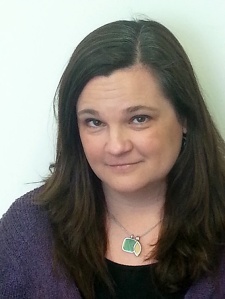 I just received excellent news. Karen Boss, my editor at Charlesbridge, is driving in from Boston to make a special appearance at my poetry workshop in Honesdale. I am delighted! Karen is a wonderful editor and will have a lot to say about the publishing business in general and getting poetry published in particular.

My first book with Karen came out in February this year: NOW YOU SEE THEM, NOW YOU DON’T. 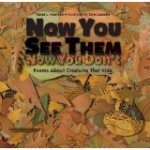 Currently we’re wrapping up my part of a second book of poetry, also illustrated by Giles Laroche in his unique style. I’m sure that Karen will have something to say about that when she speaks. She is sweet but tough and knows her stuff. Hey! A couplet!

Karen will arrive on Sunday in time for the kick-off dinner and spend the evening with us. The next day she will speak about the workshop’s theme: how do we get our poetry published? No one person has all the answers but Karen will add significantly to the conversation. Not only that, she’s going to stay with us that day and evening before leaving on Tuesday morning. Here’s her bio.

Karen Boss is an associate editor at Charlesbridge where she works on fiction and nonfiction picture books and middle-grade novels. She holds a MA in Children’s Literature from Simmons College and regularly acts as a mentor for their Writing for Children MFA program. Karen also has an MA in higher education administration and worked at colleges and in the nonprofit sector for the first 15 years of her career. She still works part-time in development at Hyde Square Task Force, a nonprofit that works with at-risk youth in Jamaica Plain. Some authors she’s currently working with are David L. Harrison, Jane Yolen, Nancy Bo Flood, Rich Michelson, and debut author Tami Charles. Her favorite children’s book is The Trumpet of the Swan by E. B. White, and she thinks that Holes by Louis Sachar is quite possibly the best thing ever written.

I’m grateful to Charlesbridge for loaning us this talented editor, and I’m grateful to Karen Boss for driving the distance twice to join us at The Barn. If you are coming to my Highlights Foundation Workshop, Karen will truly be a highlight! If you are counting, we now have four editors (Mary Colgan, Rebecca Davis, Allison Kane, and Karen Boss), plus an art director, Patrick Greenish. I don’t want to brag, but is this cool or what?