Thanks to Renee La Tulippe for this month’s theme. Dragon makes a delicious subject. Here’s my effort. 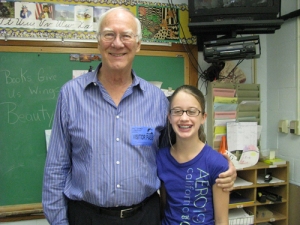 The dragon,
If the truth be told,
Was neither fiery-breathed
Nor bold.
His agent charged him
Ninety percent
To spread the word,
Wherever he went,
That he’d fry your hide
And eat your gizzard.
Secretly he was
A sissy lizard.

Here again is the current list of W.O.M. words and who supplied them. Looks like we’re set in August to go with TRAIN, thanks to Linda Baie.

And thanks to Renee LaTulippe for supplying the Theme of the Month: DRAGONS. Jeanne Poland, I can already hear you figuring out how to get a dragon on a train.

REMINDER: If you missed Kristi Holl’s words of wisdom yesterday on Writers at Work, I hope you’ll take a few minutes to enjoy what she has to tell us. Kristi (and Sandy Asher) thanks again for a good conversation this month on the subject of making the most of on-line writing challenges. Congratulations to Kristi on her two new grandchildren in ten days!

I nearly missed the month but here’s my RELATIVE poem to fit the July theme. Tomorrow is August. Can you believe it?

taught me to wink,
said I’d find it useful
when I got older,

taught me to yell at
Wild Red Berry wrestling dirty,
taught me the rat-a-tat-tat
of a speed punching bag,
said it would make me a man,

called me his favorite nephew,
a private joke between us –
he had no others.

During the war
when sugar was scarce,
he shipped candy just for me
way out West to our new home.

Aunt Helen said
when they got married
he had a dirty streak
down his back
where he couldn’t reach.
He said that’s why
he married her.

She begged him
to play his violin, he said no,
he was better when he was ten.

He bet a guy he could
tote a bag of cement
up three flights of stairs,
won, said it nearly killed him.

What did
were four packs a day
no matter the pain.

I don’t have a page set up for posting your Theme of the Month poems. For now let’s post them on the same page with W.O.M. That way we can all find them throughout the month. If I decide to add a page just for T.O.M., I’ll let you know.

We’re back on the road headed home so this post will have to do for a couple of days.

BULLETIN: My mistake about the July Word of the Month word. Don Barrett already supplied the word, which is BOWL. Thanks to Cory Corrado for reminding me of my error. I’ve been on the road all day so just now am able to set the record straight. In the meantime, J. Patrick Lewis supplied us with a freedom inspired, powerful poem. So my error resulted in a gem that we might not have enjoyed otherwise. Good for me! Good for Cory. Good for Pat!

I’m on the road tomorrow so here’s the Word of the Month for July one day early. It’s FREEDOM. Let’s see how many ways you can be inspired by this one word. I’m eager to find out.

And don’t forget about our Poetry Theme of the Month for July: RELATIVES.

Lots of great material in these two words!